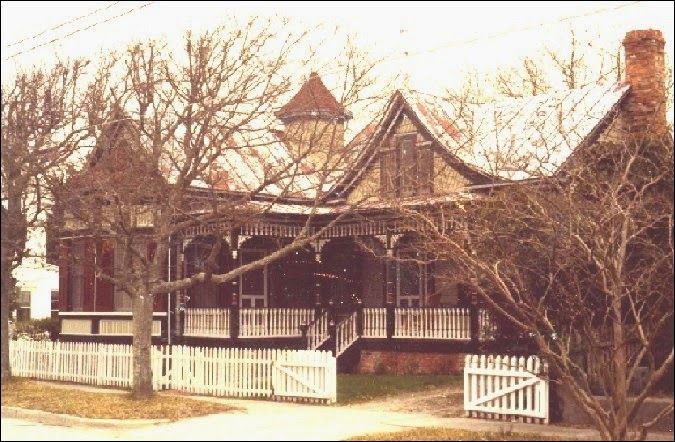 - An Early Photograph of the Morton House on Orange Street -
This Queen Anne Cottage was home to "Miss Annie" Morton for 76 years.

David and Minnie Morton were parents of William Simmons Morton (1888-1936), James Austin Morton (1891-1915), and Ann Leone "Annie Lee" Morton (1893-1976). When Morton purchased this property in 1899, there was a large 2-story house on the lot, then occupied by descendants of Fuller family slaves. Morton had the house torn down; bricks from the huge old chimney were cleaned and used for the chimney and underpinning of his new home. When writing about the home, Miss Annie Morton (1893-1976) stated that her father "had the house built and we moved into it the summer of 1900." (Kell) 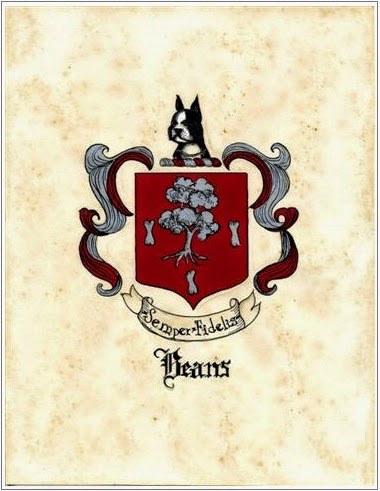 This is a very special "Coat of Arms" created by friend and
neighbor - Miss Elizabeth Merwin. In the early 1960s Miss Merwin
designed the Beaufort Plaque. "On in , in a house on , a school teacher was born. She was given the name Ann Leone. Her parents were David William and Minnie Stanton Morton [married June 22, 1887 in Beaufort, Carteret County, NC.] She had two older brothers, William Simmons Morton and James Austin Morton. The name Ann Leone gave way to Annie Lee, but the teacher was known as Miss Annie.

"Since there was no public school in Beaufort at that time, Annie was taught by her mother, who had been a schoolteacher. Later she attended Beaufort school, and on , she was one of four in the first class to graduate after became public. (The other three members of the class were Lessie Arrington, Gladys Chadwick and Sally Duncan.) Annie Morton graduated from for Women in and she also took courses in education at in .

"Her first teaching was at . Then she came back to Beaufort where she taught second grade until 1925. That year the principal of , C.W.E. Pittman, took a position in . Miss Morton decided to teach in also. A short time after her move to she was asked by Mr. Wright, president of in , to be Dean of Women at that institution. She accepted and remained in that office twenty-five years. Following her retirement from ECTC in 1950, she returned to Beaufort and continued to teach, this time fourth grade, for another ten years.

"After her retirement, Miss Morton continued to live in her house on , where she kept up a voluminous correspondence with friends and maintained an active interest in the schools. She remembered all of her pupils and was always interested in what they were doing with their lives. She was an active member of The Friends of the Library. She had been instrumental in helping to establish the very first public library in the town of .

"Although Miss Morton spent many years of her career in an institution of higher learning, her first love was young children and second grade. She didn’t give her students long homework assignments. Her belief was that short assignments, representative of the work the class was doing, would be sufficient to indicate if the student had grasped the method.

"Annie L. Morton died , a few hours after suffering a stroke, at the age of 82. She was buried in the Morton family plot in in Beaufort.

"I have written about my second grade teacher. She was my cousin, her mother being my father’s sister. She would talk to me about our grandmother Stanton, whom I never knew. One of her happy memories was that of receiving a treat of brown sugar each time she visited our grandmother’s house (the little house in which I grew up). The brown sugar was kept on hand in a special container, always in the same place. Those were the days before candy became a household staple."
..................
The 1900 census recorded David W. Morton 34 as a painter (father born in England), Minnie 33 dressmaker, Will S. 12 at school, James A. 9 at school and 6-year-old Annie L. Morton. David W. Morton was renting a house at the time. 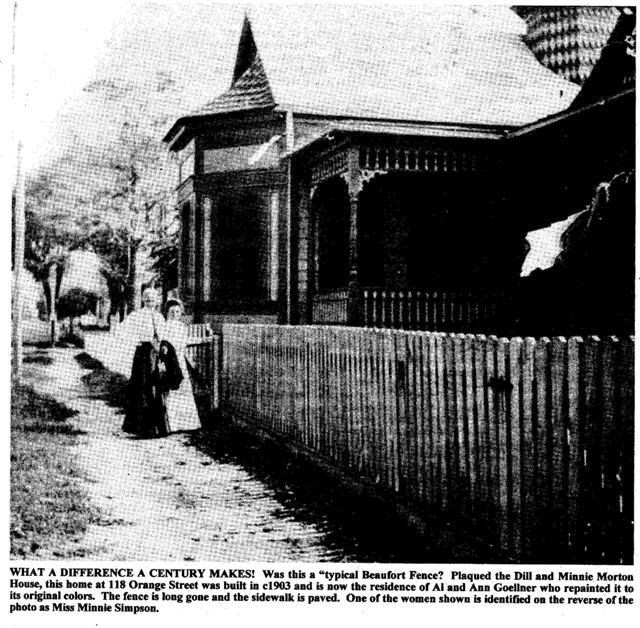 One of the women shown in this old photo is cousin Miss Minnie Stanton Simpson. Stantons & Bordens on the Newport River The Geo. L. Morton Co., Manufacturers of Spirits Turpentine, Rosin, Pitch
Wilmington, North Carolina about 1888
(This image is posted as an example of what a mill would have looked like. It may be a coincidence that this one was partially owned by George L. Morton - don't know, as of now, if there is a relation here)


Miss Annie Morton's roots on her mother's side go back to Henry Stanton 1688, who came to the Newport River area of Carteret County about 1732. Minnie Stanton was the daughter of Josephine Marshall and Benjamin Franklin Stanton born in 1830 on Core Sound. Benjamin was the g-g-g grandson of Henry Stanton 1688 who came to the area with the Bordens and other Quakers from . They had mills and boatbuilding facilities on both sides of the .
- Henry Stanton Sr. ca. 1688-1751 was a boatbuilder who established Quaker Core Sound Meeting. His last will and testament left land to his sons at Swimming Point, Queen’s Creek and Bare Banks.
- William Borden Sr. ca. 1689-1748, one of the foremost shipbuilders of his time, was attracted to the excellence and low cost of lumber in . He arrived in 1732 with a group of Quakers from RI, settled on the and began building vessels—becoming one of the South’s pioneer shipbuilders. William Borden was also widely known for the manufacture of duck used to make sails. Borden was elected a member of NC General Assembly but declined to be sworn in as he was a Quaker.